I have been making my way slowly (& uneventfully) up the east coast of the North Island and now find myself only about 3 hours from Auckland. I could ride up to the Coromandel peninsula but at this point I am quite uninterested in doing any more riding on this awkward and uncomfortable BMW. So I am just hanging around until I head back in a couple weeks. Nice place here in Katikati, but last couple days it has been raining. It is raining now, even though the forecast for this morning has a zero % probability - the usual. So rain is normal for fall but I am now looking forward to spring in Michigan - a wonderful time to be there and the forecast looks good for April, in contrast to last year. Oh, another forecast! Well see...

P.S.; as an afterthought, it occurred to me to find a picture of someone riding one of these things. There is no other place for my hands or my feet. Huh... 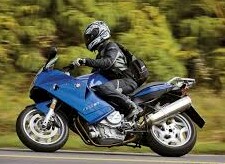 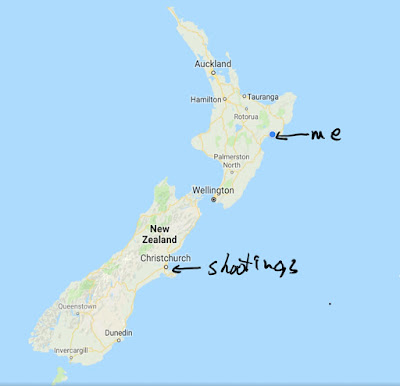 Hi, just got settled into a free city parking lot camping (with grassy areas & toilets) when I punched in the US news and was amazed to find New Zealand in the headlines! But as always, they only cover disasters and the mosque shootings are certainly that. No, I an nowhere near there now - I was there last month a couple times but as you may imagine, nowhere near a mosque.
Posted by Ron Marcel at 2:03 AM No comments: 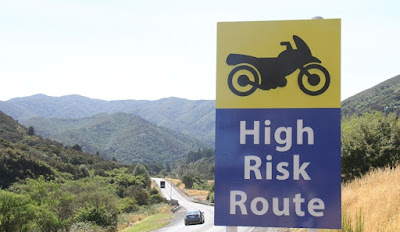 Encountering this sign is not the best way to begin a day's ride, but I imagined it was aimed at the thrill seekers. This seemed to be the case as I had no trouble with the road itself, only a few impatient drivers which I mostly was able to ignore; they weren't as bad as some others I've seen. 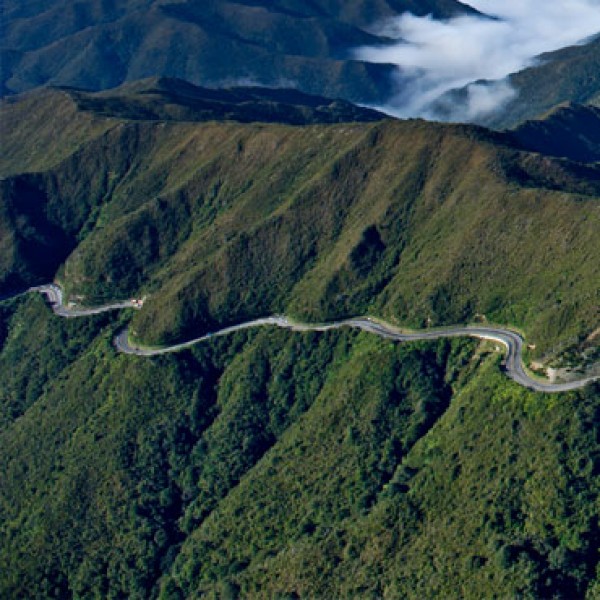 Posted by Ron Marcel at 2:06 AM No comments: 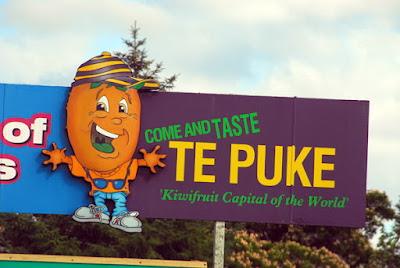 Ready to do more travelling and looking at the area I will be headed toward. So I see a couple of unusually named places there. There have been many strange names for towns during this trip, mostly original Maori. However, sometimes this can lead to a bit of awkwardness...
Can't make this stuff up.

Then, the longest name for a place anywhere in the world - 85 letters! I discovered it's not a town, but the name of a hill & is said to translates roughly as "The summit where Tamatea, the man with the big knees, the slider, climber of mountains, the land-swallower who travelled about, played his kōauau (flute) to his loved one". Now normally anything over 1,000 ft is a mountain (this 1,001 ft) but here it's just a hill. 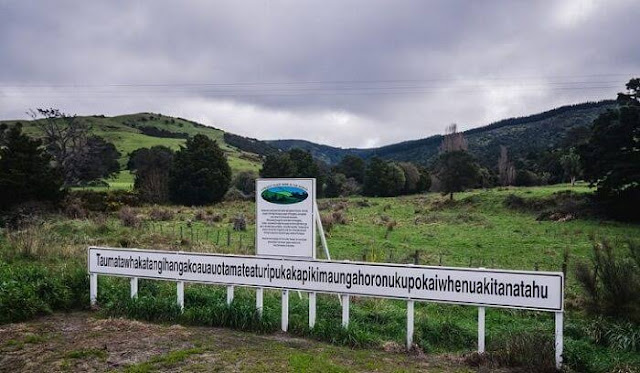